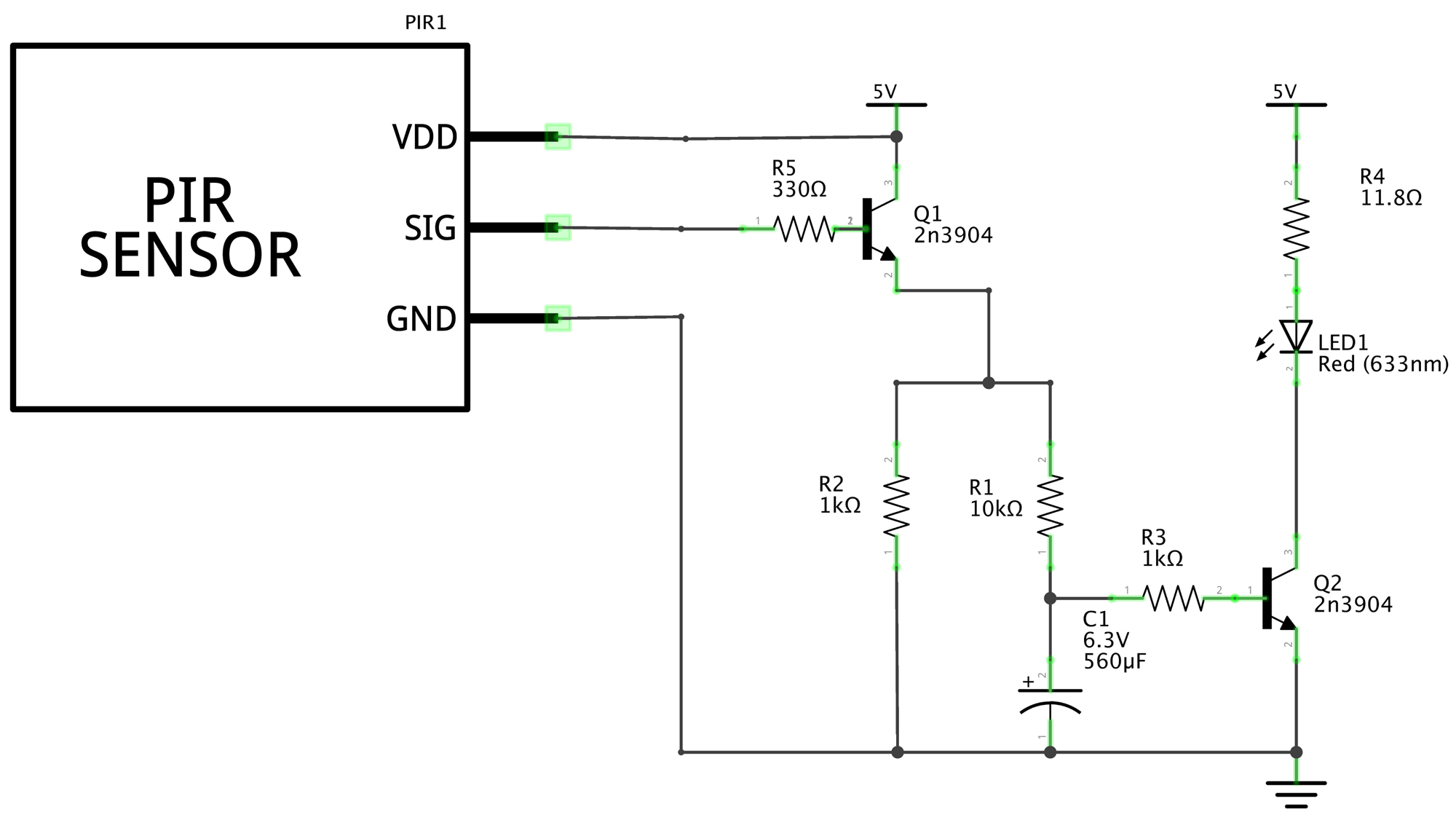 I saw Big Clive’s video and figured it could be made into a motion activated battery powered light. Inside the Poundland camping light. (It’s good.)

A PIR sensor can be crammed in to the section below the LED’s. I used a module similar to the one Clive is showing at How PIR modules work and using them to control LED strings it is a DYP-ME003, Amazon has 5 of them for less than £4.

It is held together by four screws & some clips so it is easy to modify, the plastic is also low grade so that is quite easy to cut and alter. See Clive’s video for a good guide on the light & how to open it.

1. Unclip the top cap from the clear top cover, unscrew the base & slide the clear sleeve off the light.

2. Pry up the silvered LED holder.

3. Desolder the LED’s to give easy access to working on the top of the light. Desoldering the circut board seems easiest.

4. Cut a hole for the PIR sensor to poke out of the side of the case

5. Trim some of the bottom of the silvererd LED holder so that it fits around the module (the PIR module is slightly too tall).

6. Solder the LED board back in place.

7. Set the range & timing on the module via the potentiometers.

8. Make sure all bare contacts do not touch and short out (add electrical/ kapton tape/ epoxy).

Fit additional circuity, I added a small board to cause the light to fade on & off when triggered.

Add a light sensing resistor to the PIR module to stop the LED’s lighting when other lamps are in use. Most PIR modules support that.

Cut a hole in the clear cover to allow the module to poke through - I chain drilled holes & then carved an opening for it and cleaned it up with files and sandpaper. Just be aware that it is a fragile brittle plastic so it may crack easily if too much force is used. The hole will be very large if you plan on using the full extending range, personally I am OK with it not collapsing all the way as it will be used in one location. That does mean the at the on off switch is obscured by the cover, either modify the back of the cover or just accept that it needs to be moved by poking under the cover.

Based off this instructable…

I suspect it could be simplified as shown at …

The PIR module output triggers the transistor instead of the switch.

The fade on fade off circuit layout is shown above with the module in place.

Overall it works well, I do need to see how long the batteries last (cheap Poundland NiMH cells). It will light a small room well enough to see OK. It should also work well in a shed or in a cupboard that is dark (a switch & 555 timer could be better in that case as the PIR has a very small current drain).

It won’t replace mains lighting but it does make the difference between seeing & total darkness.